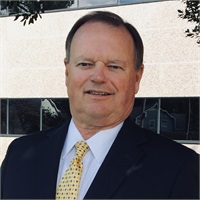 Tom has been a professional in the financial services industry for nearly 40 years, where he has been advising individuals, executives and business owners on topics such as risk management, investments, retirement and estate planning. He began his career with Merrill Lynch in 1976 followed by positions at Carolina Securities, Smith Barney/Citigroup. In 2005, Tom opened Perry Financial Group at Wells Fargo Advisors, where he received a firm-wide recognition as a Wells Fargo Premier Advisor—an exclusive title awarded to the top 16 percent of the firm’s more than 15,000 advisors based on production and commitment to high-quality, professional client service. In 2013, Tom opened the doors to Midtown Advisors, a fully independent advisory firm. At Midtown Advisors, Tom continues to serve his long-term clients and expand the business by offering professional financial guidance using a traditional conservative approach to financial planning, investment management, and estate planning.

Tom and his wife, Angela, have two grown sons, Tommy and Blake. Tom serves on the Board of Trustees at Wingate University. He is a member of Bayleaf Baptist Church and has been a strong supporter of numerous charitable organizations, including Make-a-Wish Foundation, Hospice of Wake County, and Wounded Warrior Project.