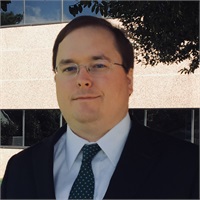 Blake joined Midtown Advisors in 2017 with a previous background in politics and finance. Before joining Midtown Advisors, Blake worked as a North Carolina Field Director for Americans For Prosperity (AFP), a non-profit organization that seeks to support free markets and entrepreneurship.

Prior to AFP, Blake worked in the North Carolina Senate as the chief Legislative Assistant to Sen. Chad Barefoot. While working in the state Senate, Blake worked on the Senate Finance committee, working on various key issues such as tax reform and the state budget.

Prior to his work in the Senate, Blake worked as a wholesaler for John Hancock, where he managed the Kansas and Missouri region, and later became a Financial Advisor for Wells Fargo Advisors.

Blake earned his B.S. in Public Relations and Business Management from Appalachian State University, where he played on the golf team and was a member of the Lambda Chi Alpha fraternity.